Green Day, Fall Out Boy and Weezer have announced the Hella Mega global stadium tour, kicking off in 2020.

The Hella Mega Tour will kick off on June 13 at La Defense Arena in Paris and run through Belgium, The Netherlands, Austria, Scotland, England and Ireland throughout the month.

Tickets will go on sale to the general public beginning Sept. 20 at 10am local time via Ticketmaster. Check out a full list of tour dates in the link below. 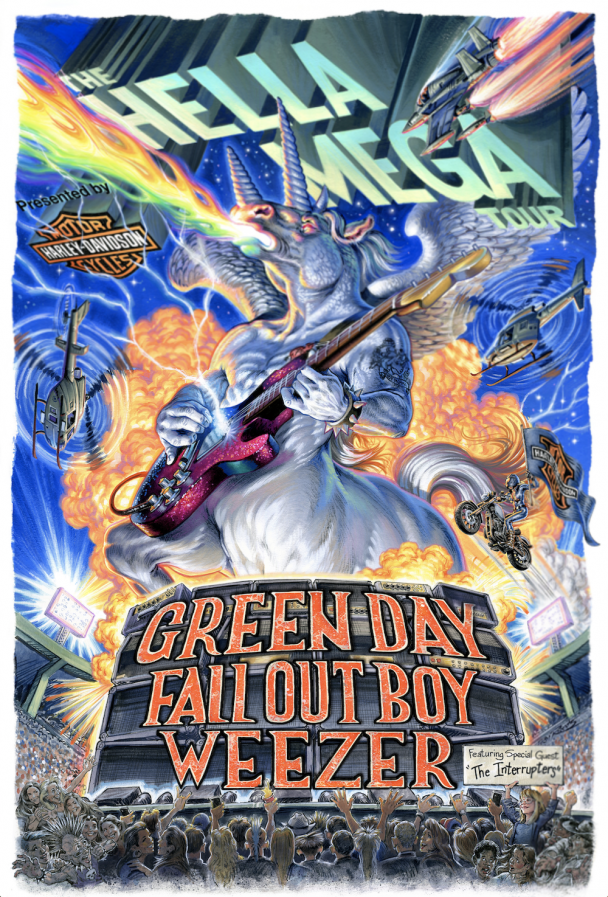 Joan Jett and the Blackhearts - Cancelled